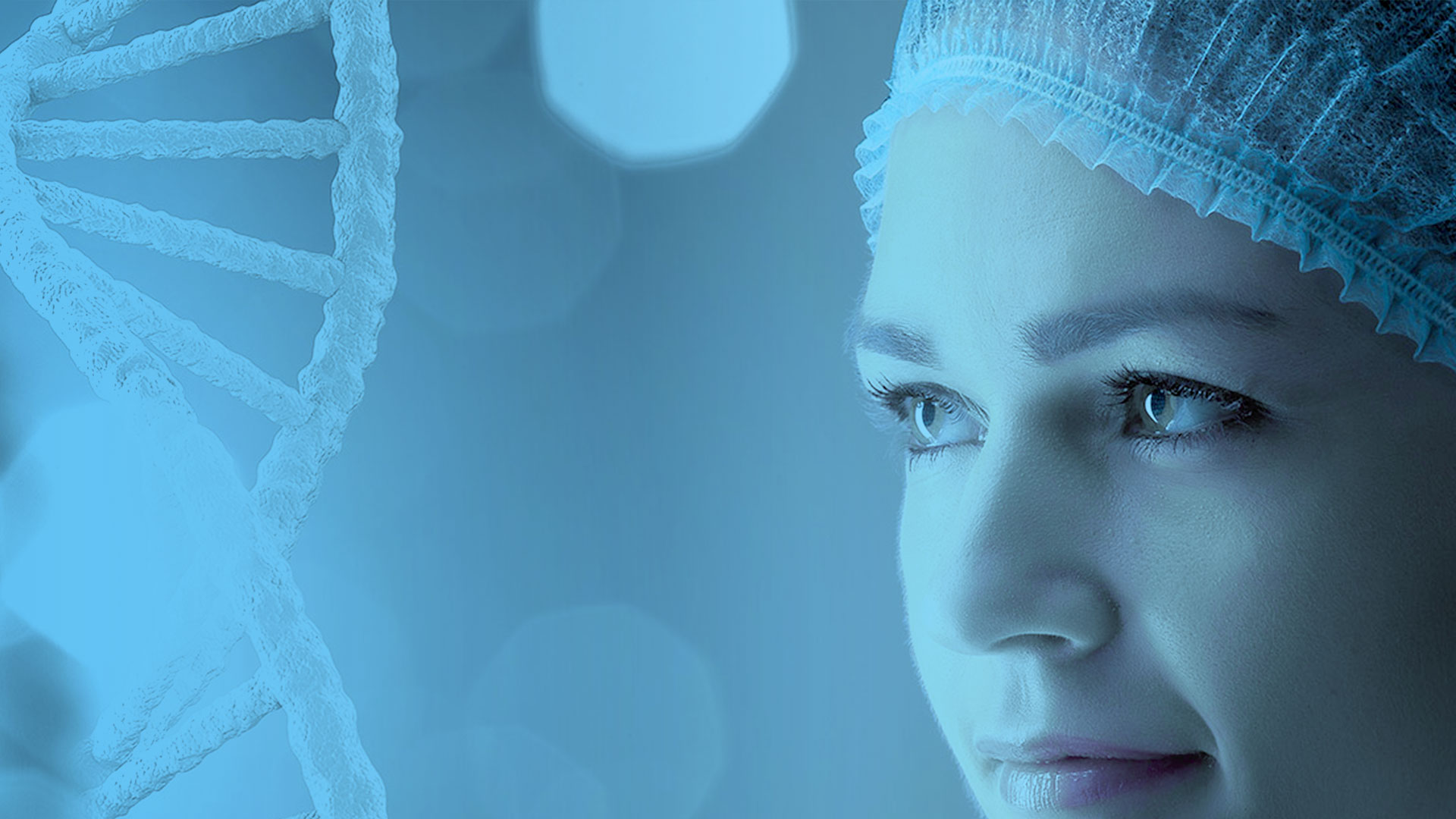 Cardiogenetic diagnostics are used to clarify the hereditary causes of cardiovascular diseases. The aim here is to identify gene mutations that are important for disorders of the development and function of the cardiovascular system. The inheritance patterns of cardiogenic diseases are the basis of genetic counselling for patients, persons at risk and affected families. Over the last 30 years, several hundred genes that cause cardiogenic diseases or contribute to their development have been characterized. Current results of cardiogenetic research have a direct impact on the diagnostic procedure in the laboratory and genetic counselling. For example, mutations in independent genes on different chromosomes can cause cardiomyopathies that are clinically hardly differentiable ("locus heterogeneity"). On the other hand, different mutations in one and the same gene can cause distinct disease patterns ("allelic heterogeneity").

Formal genetically and etiologically, the following groups of cardiogenic diseases can be distinguished:

The etiology of congenital structural heart defects is complex. Only a small proportion of non-syndromal cases in this group of diseases have a monogenic cause or are due to a circumscribed structural chromosomal aberration (segmental aneuploidy). If congenital structural heart defects are part of a syndromic disease, they are usually caused by a single gene defect or a chromosomal aberration. The latter include Down's syndrome (trisomy 21), trisomies 13 and 18, Turner's syndrome (45, X0) and a number of microdeletion syndromes (including velocardiofacial and Williams-Beuren syndromes). The monogenic syndromes with congenital heart and/or vascular malformations include a number of systemic connective tissue diseases as well as Noonan syndrome and other rasopathies.

Long QT syndrome (LQTS) is characterized by a prolonged QT interval in the resting ECG and high risk of life-threatening arrhythmias. The main clinical symptom of LQTS is syncope caused by the cardiac arrhythmia. If arrhythmias persist, sudden cardiac death may occur. LQTS is genetically and clinically heterogeneous. Genetic testing is of great importance for case management, as genotype-specific therapies are available and may result in different advice for everyday behaviour. LQTS is usually inherited in an autosomal dominant manner. Special forms are the autosomal-recessively inherited Jervell-Lange-Nielsen syndrome (LQT with bilateral hearing loss) and the multisystemic diseases Andersen-Tawil and Timothy syndrome.

Brugada syndrome (BrS) is characterized by an elevated ST segment in the right-precordial leads (V1-V3), incomplete or complete right bundle branch block and susceptibility to ventricular tachyarrhythmias with the risk of sudden cardiac death. The first symptoms occur most frequently in the third to fourth decade of life. A common symptom of BrS is syncope, which typically occurs at rest or during sleep. Triggers of the arrhythmias comprise fever, large meals and some medications (antiarrhythmics, antidepressants). A genetic examination of the affected person can help to confirm the diagnosis and to manage the case (advice on everyday behaviour such as early fever reduction, avoidance of certain drugs). The disease is inherited in an autosomal dominant manner. Other arrhythmias Other arrhythmias that may be caused by single gene defects include short QT syndrome, sick sinus syndrome, familial atrial fibrillation, familial paroxysmal ventricular fibrillation, early repolarization syndrome (ERS) and idiopathic conduction disorders.

Hypertrophic cardiomyopathy Hypertrophic cardiomyopathy (HCM) is characterized by a mostly asymmetric hypertrophy of the left ventricle. The disease is congenital and in most cases autosomal dominantly inherited. The disease often manifests itself for the first time in adolescence. The first signs of the disease are often palpitations and syncope, increasingly limited performance and dyspnea under stress as result of an obstruction of the left ventricular outflow tract (then often referred to as HOCM) or of cardiac arrhythmia, which can also lead to sudden cardiac death. The death rate of symptomatic patients is 1 - 6 % per year. This makes hypertrophic cardiomyopathy the most common cause of sports-associated sudden cardiac death in older children and young adults under 35 years of age.

Dilated cardiomyopathy (DCM) is characterized by an enlargement initially of the left ventricle, in the final stage also of the right ventricle, accompanied by systolic functional impairment. Clinical symptoms are signs of cardiac insufficiency such as stress dyspnoea, fatigue, poor performance, occurrence of edema, cyanosis and palpitations. In this group of diseases all monogenic inheritance patterns have been described. In particular in familial cases and in DCM forms with simultaneous conduction disorders, genetic clarification is often medically indicated and above all enables predictive diagnostics, risk stratification with regard to sudden cardiac death and the early detection and treatment of affected family members.

Left ventricular noncompaction cardiomyopathy (LVNC) is a developmental or maturation disorder of the myocardium associated with hypertrabecularization and myocardial process. The main clinical symptoms are the development of heart failure and the occurrence of malignant arrhythmias. LVNC can be inherited in different patterns, autosomal, X-linked and mitochondrial.

The thoracic aortic aneurysm with/without dissection (TAAD) is characterized by dilatation of the ascending aorta at the level of the sinus aortae and/or in its further course and by dissections of the ascending aorta (Stanford type A) or the descending aorta (Stanford type B). Since many aortic aneurysms are subclinical for many years and are not diagnosed, it is difficult to mention an incidence, but it is nevertheless estimated to be at least one aneurysm per 10 000 persons per year. Genetic investigations cannot only help in predicting the course of the disease, but can also influence therapeutic decisions and identify relatives of those affected as "high-risk individuals". Thoracic aortic aneurysms can occur in isolation or as a symptom of syndromal disease. Even an isolated TAAD is familial in 20% of cases and is then usually inherited autosomal dominantly (i.e. with a 50% risk of recurrence in children). Syndromal diseases - e.g. Marfan syndrome - can usually be easily identified by a clinical examination; however, since the clinical picture can vary greatly even within one and the same family, even in families with a syndromal disease there are individuals who can be clinically identified as not affected but who already have a TAAD or may develop one in the future. Today, mutations in about 20 genes are known to cause an isolated TAAD. There are also several syndromes (e.g. Marfan, Loeys-Dietz, vascular Ehlers-Danlos syndrome) whose abortive forms can easily be confused with the isolated TAAD. Phenotype-genotype correlations often enable the genetic laboratory to make statements on the prognosis of the disease. In individual cases, this can also influence therapeutic decisions: For example, in the case of mutations with a high risk of rupture, there is a tendency today to correct the aneurysms surgically before the 5.5 cm limit, which is generally considered critical.